The Best Oktoberfests Around The World 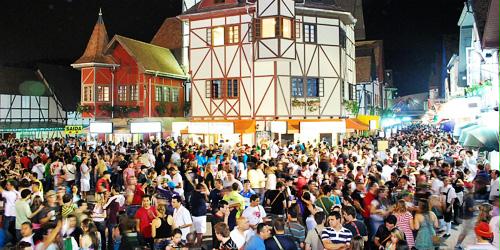 On September 21 travelers and beer-maniacs will pitch up in Munich to kick off the largest beer festival on the planet. This annual celebration of Bavarian culture began life as a wedding party for Ludwig I back in 1810. The king-to-be invited the entire population of Munich to crack open the kegs and drink to his marriage – and tens of thousands were happy to oblige. This spirit of celebration lives on today not just in Munich but all over the world. The infectious mix of lederhosen, bratwurst and steins of lager has become Germany’s biggest international export. Here are a few of the top Oktoberfest parties happening around the world: 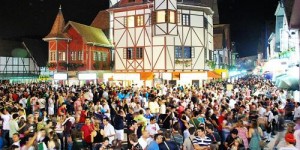 Over 6000 miles from Munich, the notorious revellers of Brazil have taken Bavaria’s traditions to a new level. Between the 3rd and 20th of October over 600,000 people descend on the small city of Blumenau, to remember the German founders of the city with singing, music, dancing and drinking all spiced with a Latino twist.

America is no stranger to German influence. As anyone who’s ever been on a cheap holiday to Florida should know, one of most famous landmarks in the US (Snow White’s Castle in Disneyworld) is based on Neuschwanstein Castle in Bavaria. Around 50 million Americans claim German ancestry, the same as Irish and Italian Americans combined.

It is little surprise then that Americans do Oktoberfest in style, washing down over 80,000 bratwurst with litres of German beer, with particular enthusiasm in the Ohio city of Cincinatti. The ‘Oktoberfest Zinzinatti’ festival also has some interesting mentions in the Guinness Book of World Records, boasting the World’s Largest Kazoo Band and the World’s Largest Chicken Dance (a record set with the help of the Crown Prince of Bavaria himself in 1994). The festival runs from 20-22 September.

It is not just Western countries that have embraced the allure of the bierkeller. 2013 sees the launch of Oktoberfest Asia in Singapore. From 16-19 October, the multicultural supercity will host Bavarian themed entertainment including shoeslap dancers, bell ringers, whip crackers, alpine hornplayers and a yodelling queen. With several big-name traditional German breweries sponsoring the events this is sure to bring Bavarian culture to a whole new audience.

Wherever you are this October raise a glass of beer (or three) to Prince Ludwig and Princess Teresa, joining the world in celebrating the greatest party of the year.